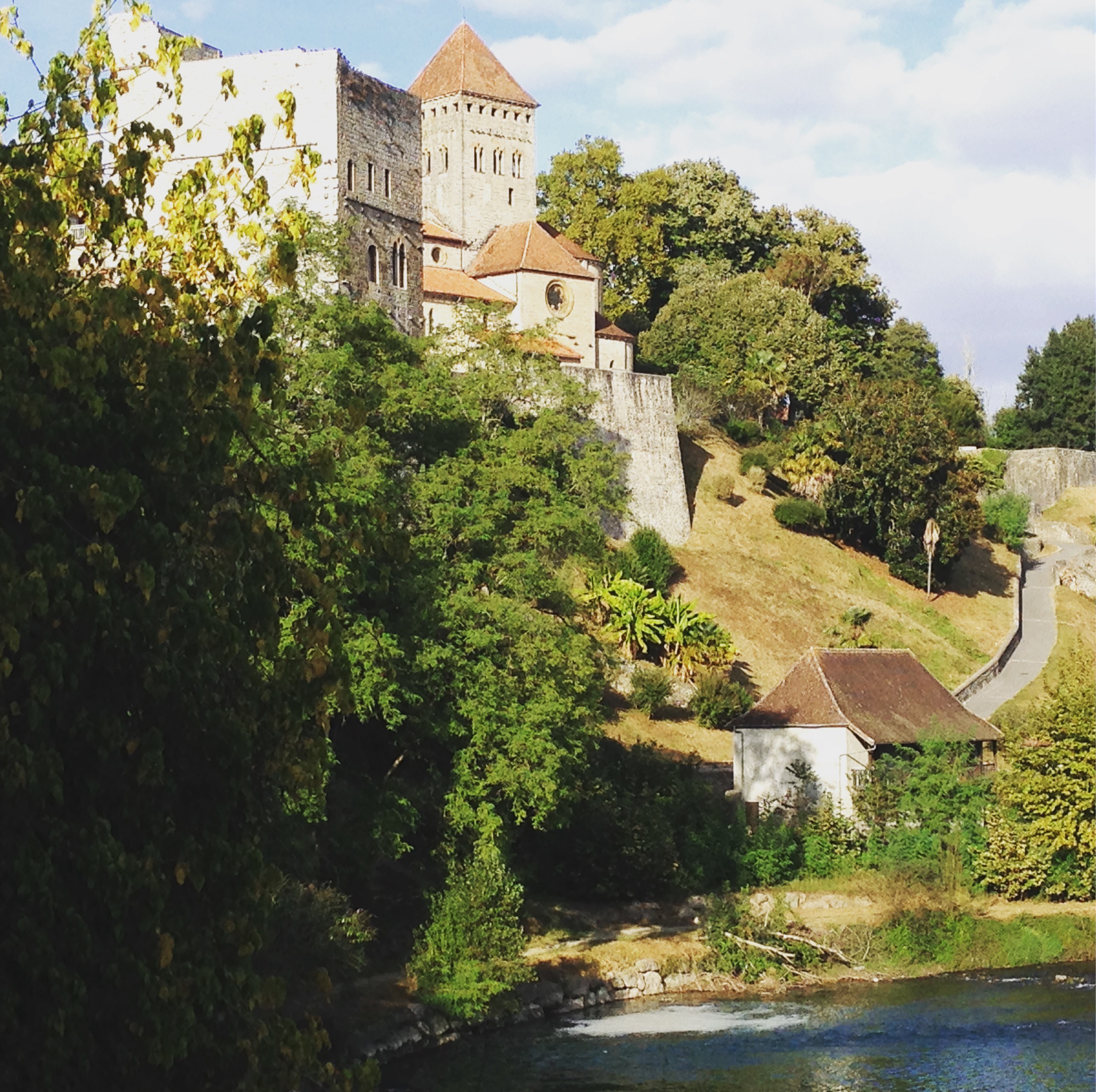 Built originally as a walled refuge during the turbulent times of the Middle Ages, Sauveterre de Bearn was the main route for pilgrims on the way to Santiago de Compostela. Now, a pretty medieval village perched atop the Oloron river, Sauveterre de Bearn offers impressive view from its vantage point over the Pyrenee mountains. A vibrant town with restaurants and village fairs in the summer months, Sauveterre is also home to a great community of locals and expats. The village market takes place every Saturday morning and locals can be seen sipping cups of coffee outside the restaurant Bar de la Mairie. Featuring a mix of roman and gothic style architecture, the impressive Saint Andre church, dating back from the 12th century, is also a must see. When in town, don’t forget to take a walk around the river island accessible by foot via a small bridge.

Salies de Bearn is most famously known for its naturally-occurring saline water. Legend has it that it has been discovered when an injured boar fell into the water and was later found perfectly preserved. Nowadays thermal baths can be enjoyed in an interesting Moorish style building, both as relaxation or as treatment. This, we think, is the perfect activity for a rainy afternoon. Salies de Bearn is also the setting for the Trevanian novel The Summer of Katya and the grandiose Hotel du Parc has provided the backdrop for many movies.  Place de Bayaa is the heart of village and a weekly market takes place here every Thursday morning. The incredibly quaint and picturesque village is traversed by a mainly man-made canal through which the river Salyes flows. You can enjoy walking its lovely narrow streets, visit the Salt Museum or the chateau Saint-Pe, behind the Town Hall where they used to prosecute witches! 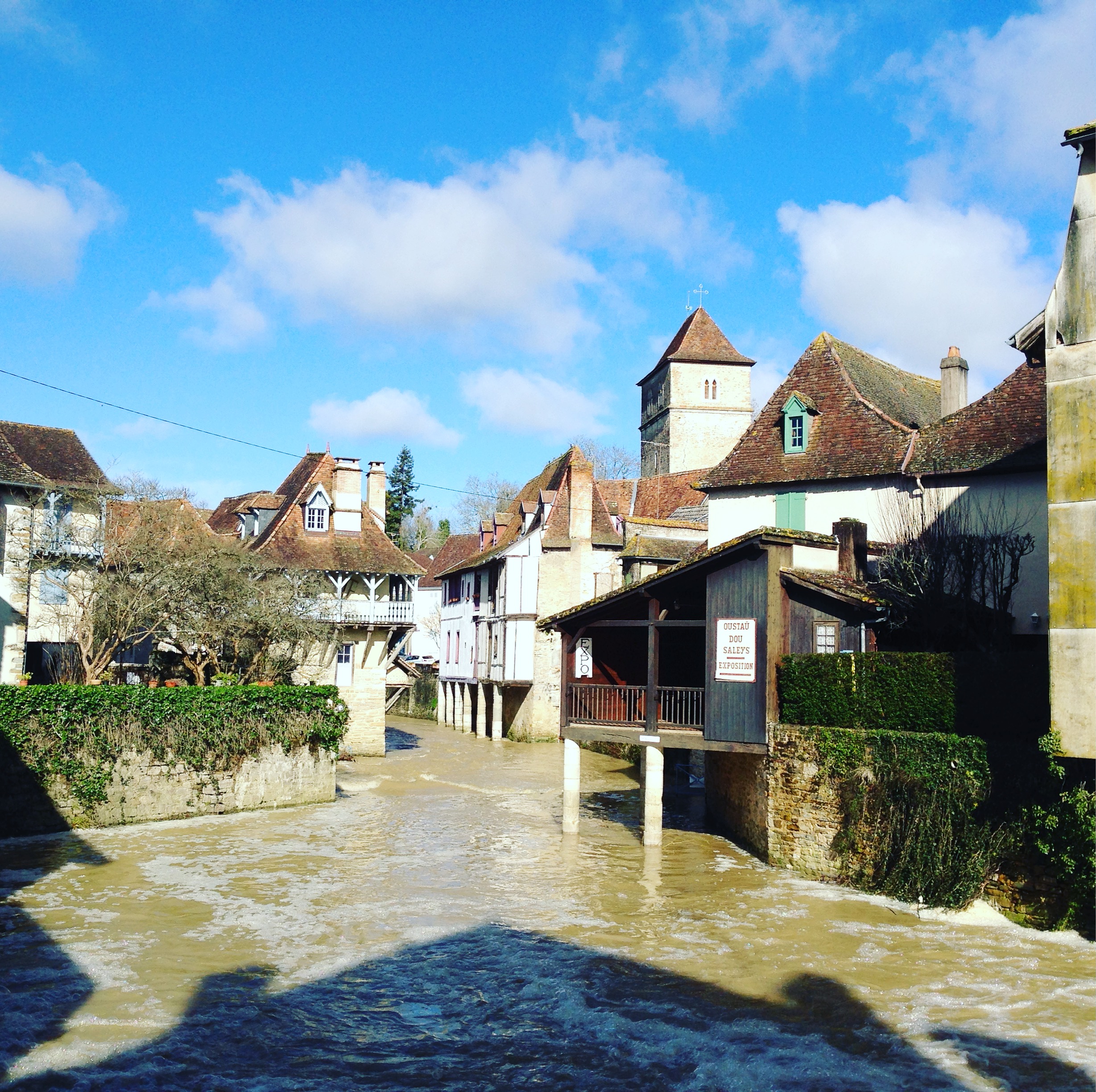 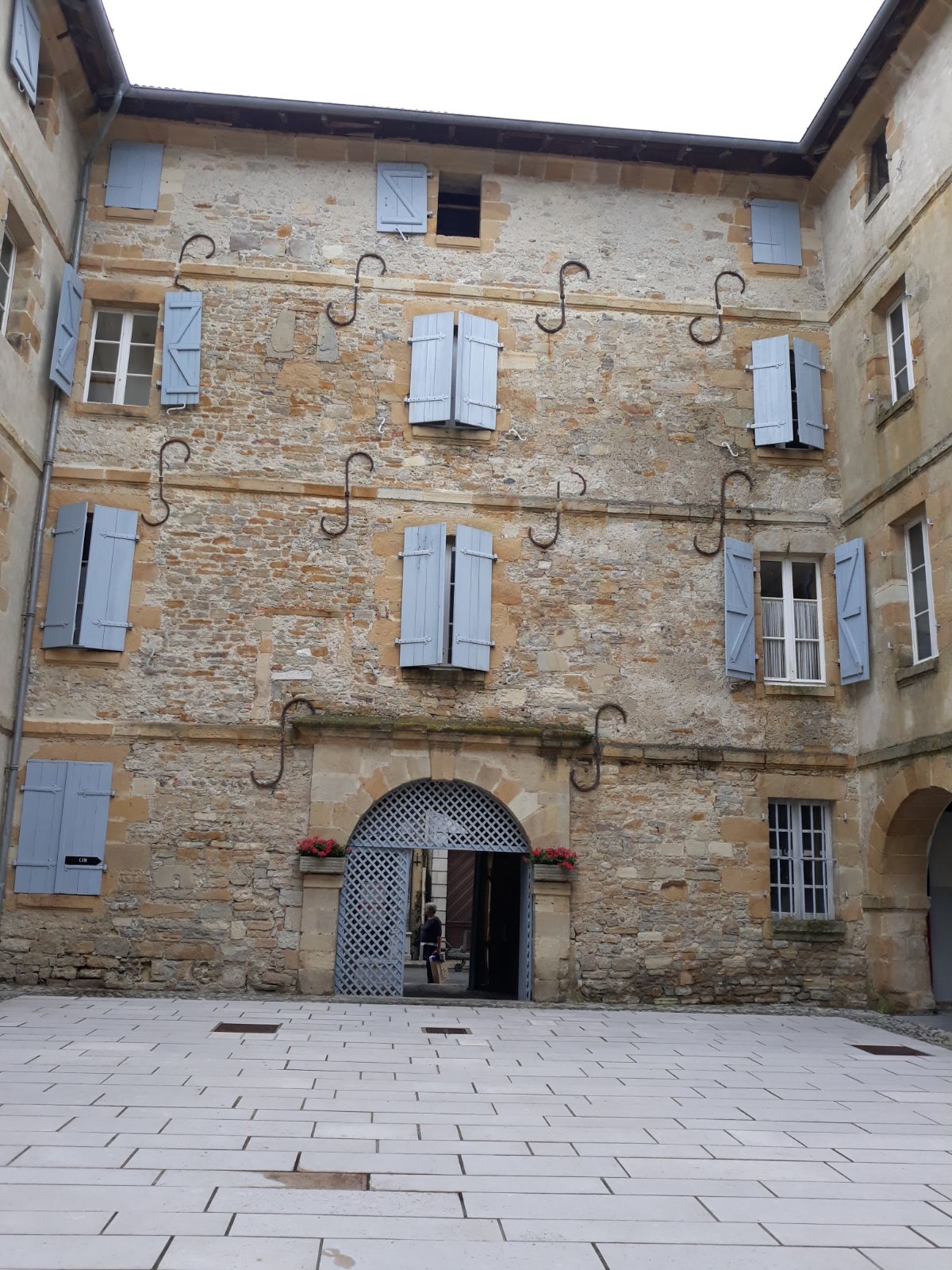 Navarrenx is a splendid bastide town, and one of the oldest cities in the region, its history dating back to 1st Century. Its 10m high ramparts are still in place and qualified as historical monument. In 2014, Navarrenx has been awarded the accolade as one of the most beautiful villages in France, but it also famous for being one of the main stops for the pilgrims walking on the Santiago de Compostela trail, hosting around 12,000 pilgrims yearly. Its quaint streets are home to many shops and artisans and, during your visit, you must also stop at the famous Shakespeare Brasserie. This micro-brewery produces English bottle-conditioned ale by using local ingredients. Navarrenx’ weekly market takes place every Wednesday since the 1500’s, but during the summer months there is also a market on Saturday mornings. The World Salmon Fishing Championship takes place every year in Navarrenx, Oloron Sainte-Marie and Sauveterre de Bearn. Navvarenx also holds an annual Salmon Festival. During the summer months, outside concerts take place every Tuesday evening in the ancient stone amphitheatre by the ramparts and the entry is free.

Alongside the beaches of Portugal, the South Western coast of France is a well-known European surfing spot since 1957, when the American writer Peter Viertel decided to open a surf club in Biarritz, thus bringing this sport to Europe. Surfing is such an integral part of life of the people of Biarritz that it is given as an option to students for their baccalaureate exams. But Biarritz is not only about the surfing. It has been the destination of choice for the rich and famous since 1854 when Napoleon III and his Spanish wife Eugenie, chose Biarritz as a summer residence. Since then, it had seen the likes of Frank Sinatra, Ava Gardner, Charlie Chaplin or the members of the British royal family, to name but a few. Nowadays, the former fishing village is a more inclusive destination, with chilled-out restaurants and lovely terraces dotted around town, delightful boutiques and cool bars.Situated 40-minutes drive from us, Biarritz is easily reached via the A64 motorway. Biarritz makes for a lovely day trip, to enjoy a walk by the sea front, from the Casino, past the fishing port and all the way to the Musee de la Mer. 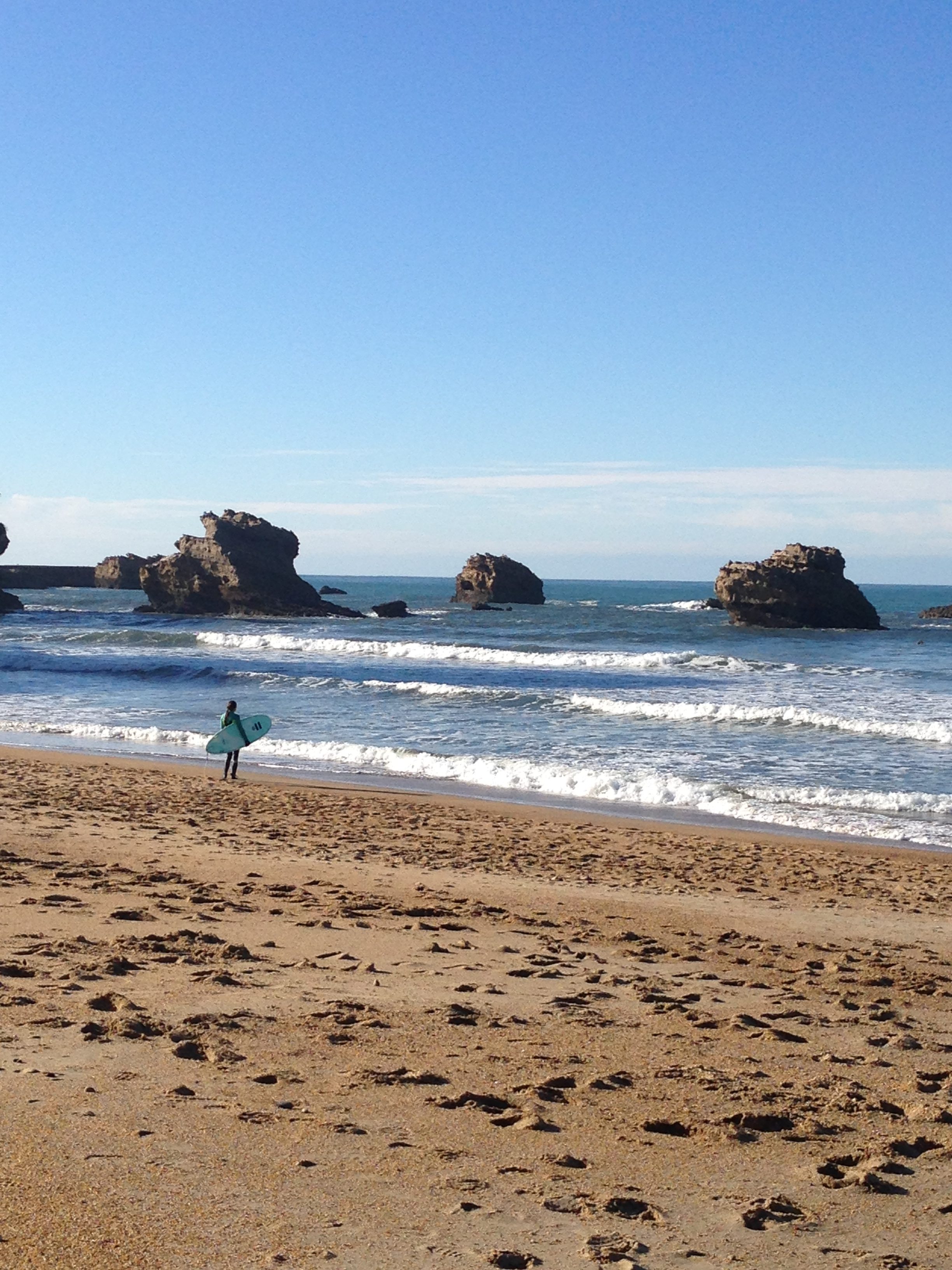 Situated only 8km away from Biarritz, Bayonne is the capital of the French Basque region. It is a city where the Nive and Adour rivers meet, its old centre characterised by narrow medieval streets. Towering over the old centre is the Gothic-style Bayonne Cathedral, with its 13th-century cloister, and Château Vieux castle. Across the Nive river in the Petit Bayonne district is the Musée Basque, a museum devoted to the region’s arts, crafts and traditions. Bayonne is famous for its yearly festival, dating back to 1932, which gathers up to a million participants, all wearing white and red. Bayonne is also the oldest bullfighting town in France, its arena bringing together large crowds from August to September. A vibrant city, full of contrasts, art, life and fantastic restaurants, Bayonne has a story to tell at every corner. Keep a keen eye on the yellow post boxes,  decorated with graffiti depicting iconic figures, such as Serge Gainsborough, amongst other things. 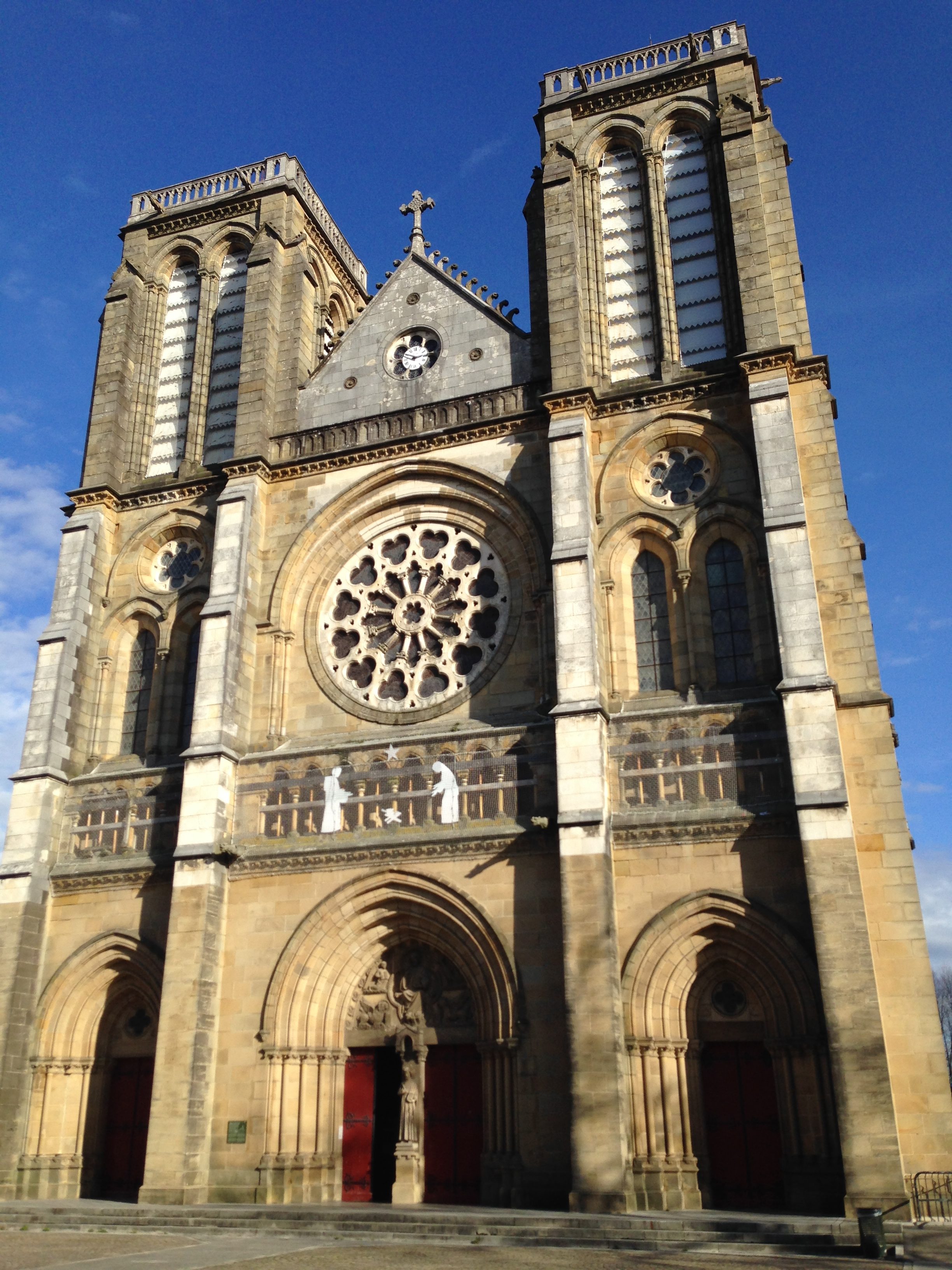